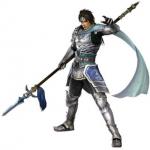 By TheWingedAziel, December 22, 2011 in Gaming Realm